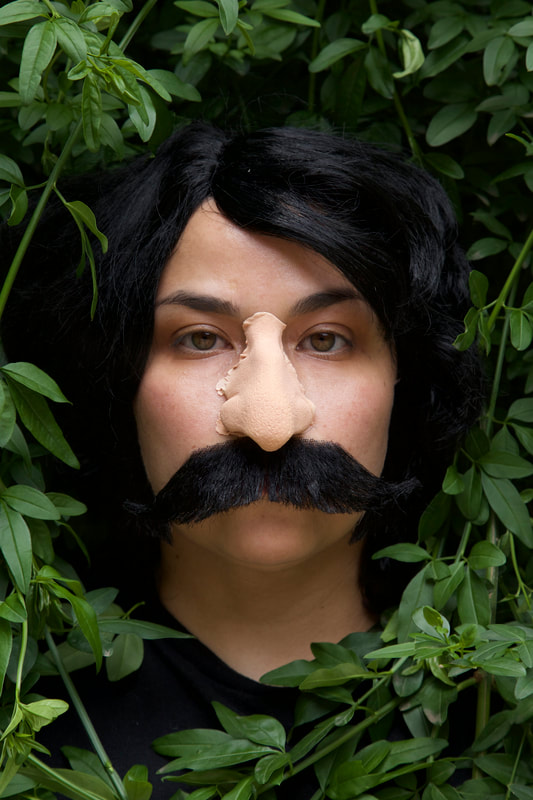 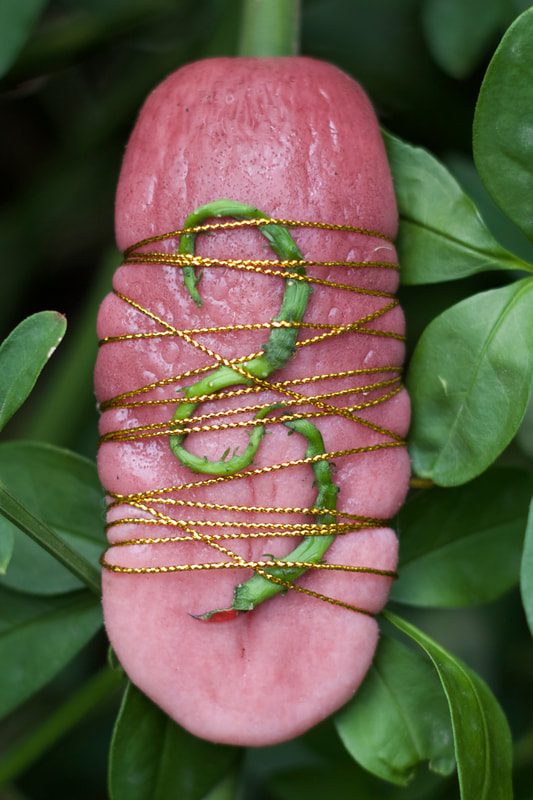 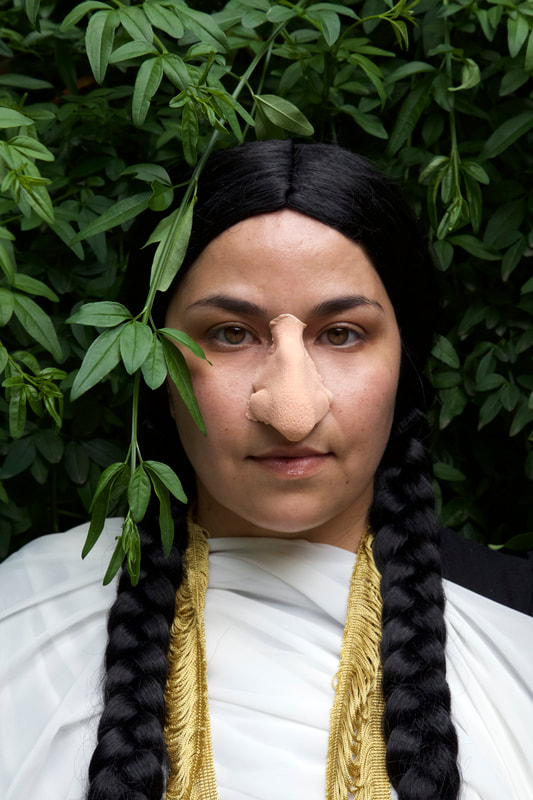 El Lenguaje is about the connection between identity and lineal dialect. It illustrates the feelings of shame, tension, and guilt that accompany being detached from ancestral language and the desire to find resolve. Questioning the cultural markers that we are bound to, evolve, or are lost through generational shifts, such as language, the imagery is an attempt to legitimatize and articulate the in-betweenness that accompanies a bicultural identity.

This series of self-portraits presented as a triptych are a visual narrative loosely based on the romanticized relationship between Hernán Cortés and La Malinche. Facial prosthetics, wigs, costumes, and fake facial hair emphasis the fictional elements of the characters and narrative. The work underscores the problems with historical truth and it’s connection to literary form.

Created during a 2-week residency at Casa Lu in Mexico City these site-specific works take inspiration from the landscape of the city and are an aesthetic, visceral response to the climate, color, texture, geography and space. Pulling together a balance of natural and man-made materials the portraits are meant to reflect a relationship to the natural world and the artificial elements that stand in contrast to it.